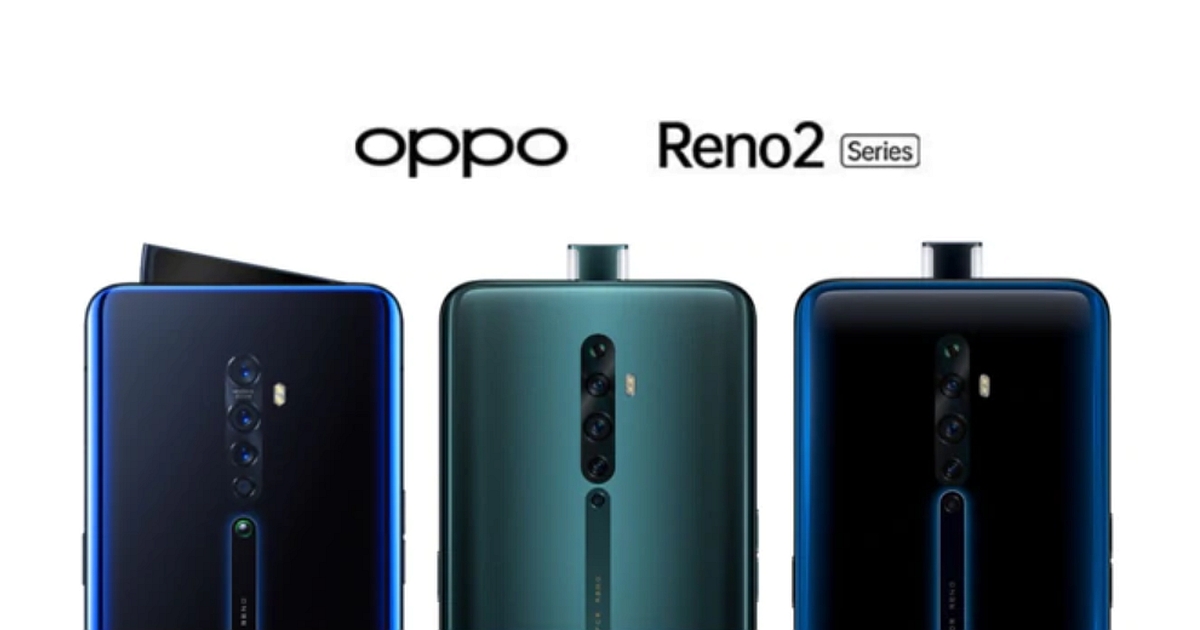 OPPO has declared to launch its latest series of Reno2 in the market of UK on 16 October 2019. OPPO is calling the event that will be organized to launch its Reno2 line as Reno Studio Earth. In this event, Reno2 F, Reno2, and Reno2 Z series will be launched in the region of the UK. The event will take place in London at English National Ballet. There is also rumor that more premium silicon of Reno2 variant will be launched, but the fact is it will not be the part of the launch event.

The surprising feature if Reno2 series is its squad cameras. The module of the camera will be ‘shark-fin’ pop-up. Among this series, the most interesting latest version that is debatable is OPPO Reno 2F.

Reno 2F smartphone has an operating system facilitated with Android 9 Pie having ColorOS 6.1. The processor of the phone is Octa-core of 2.1 GHz. The chipset is Media Tek P70. The RAM of the smartphone is 8GB and internal memory storage is 12GB but can be extended to 256 GB. The latest smartphone is facilitated with its unique  20X Hybrid zoom feature.

The latest Reno 2F is a dual sim smartphone having one Nano and Nanohybrid sim card, and also supports a memory card.

The front camera is 16MP and the rear camera has 48+8+2+2 MP. The features of the camera include Touch to focus, Auto Flash, and Face detection.

The smartphone is equipped with a battery of 4000 mAh supporting latest Flash Charge technology.

The latest smartphone of OPPO is offering connectivity options of 4G LTE, GPS, WIFi, Volte, Bluetooth and many more. The smartphone will support 2G, 3G, and 4G.

Posted in News Tagged with: Reno2

This website uses cookies to improve your experience while you navigate through the website. Out of these, the cookies that are categorized as necessary are stored on your browser as they are essential for the working of basic functionalities of the website. We also use third-party cookies that help us analyze and understand how you use this website. These cookies will be stored in your browser only with your consent. You also have the option to opt-out of these cookies. But opting out of some of these cookies may affect your browsing experience.
Necessary Always Enabled
Necessary cookies are absolutely essential for the website to function properly. This category only includes cookies that ensures basic functionalities and security features of the website. These cookies do not store any personal information.
Non-necessary
Any cookies that may not be particularly necessary for the website to function and is used specifically to collect user personal data via analytics, ads, other embedded contents are termed as non-necessary cookies. It is mandatory to procure user consent prior to running these cookies on your website.
SAVE & ACCEPT